World War II served as the catalyst that would change the status quo in the Dodecanese, dragging plans, hopes and diplomatic interests in its maelstrom. When Italy declared war on Greece on October 28, 1940, many volunteers from the Dodecanese joined the “Dodecanese Regiment” or were already serving in other units of the Greek Army. Yet, even after the Greek capitulation, resistance against the Italians and the Germans would continue on the Dodecanese with raids, sabotage acts and espionage.

The fact that Italy switched sides on 8 September 1943 strengthened the strategic belief of Great Britain that the Dodecanese could serve as a springboard for opening a new front in Southeast Europe. However, the rapid reaction of the German forces revealed the unrealistic aspirations of this premature project. Their successful operations in Kos and Leros allowed them to conquer, by mid-November, the entire island group - with the exception of Kastellorizo. The great “Battle of the Dodecanese” was one of the last victories of Nazi Germany during the war.

Hard air and land battles were combined with an underground diplomatic ‘tug-of-war’ on the future occupation of the islands. The Greek governments in exile watched with growing concern and frustration as British diplomacy used the Dodecanese islands to lure Turkey and to further engage anti-fascist Italy into the war. Vague future promises came with a constant refusal on the part of the Middle East Command to use the available Greek forces at the Aegean front. Under the circumstances, the participation and sacrifices of the Hellenic Navy and, mainly, the relentless commando operations of the “Sacred Band” until the end of the war, were a critical moral legacy which reinforced the post-war claims of Greece over the area.

The German occupation of the Dodecanese lasted until the end of war in Europe, at least seven months longer than in mainland Greece. The Italian civil administration was typically maintained –under the control of fascist elements. However, in practice, the German military administration had full power over the islands. In addition to the ruins of battles and bombings, the poverty-stricken people of the islands also had to face hunger and fear. Most members of the Jewish community were taken to concentration camps, where they were eliminated. Any locals trying to resist were faced with execution. 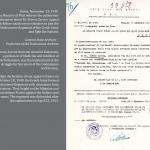 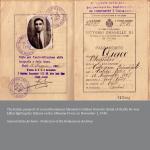 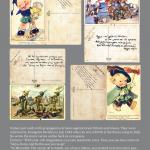 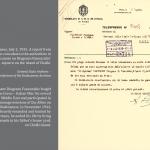 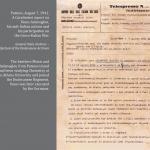 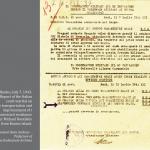 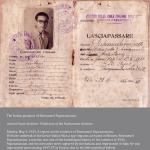 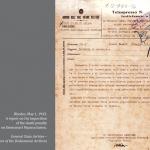 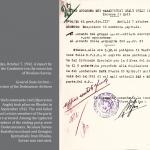 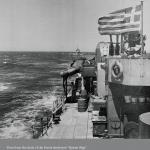 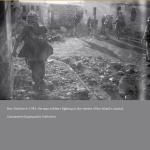 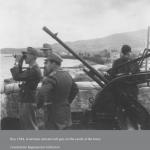 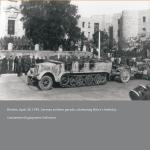 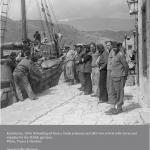 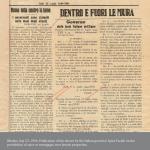 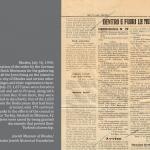 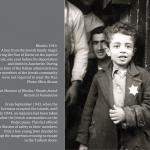 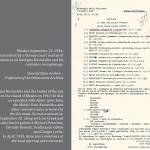 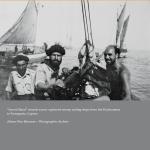 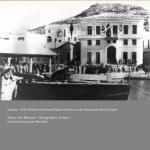