One day after the official surrender of Germany, the military commander of the Dodecanese signed the Delivery Protocol of the islands to the allies, in Symi, on 8 May 1945. The German occupation had ended. Everywhere on the Islands, the British forces and the men of the Sacred Band were welcomed with enthusiasm.

The British were quick to move the Sacred Band away and put the Islands under provisional military command. Supplies were sent from continental Greece and soup kitchens were immediately organised by the Red Cross in order to alleviate the impoverished people of the Dodecanese. However, the British Administration adopted the pre-existing administrative and tax system of the Italian occupation, removing only those provisions that had a fascist content. Italian officials kept their positions and the return of Dodecanesians in exile was impeded.

Therefore, unlike many other liberated territories of Europe, the Dodecanese Islands appeared to be situated in the midst of impermanence and uncertainty. It was now clear that the British would not deliver the territory immediately to the Greek authorities. The ambiguous stance of British politics inspired hopes both to Turkey and Italy, with the latter rejoicing over the fact that the British had “shattered many of the rosy illusions of the Greeks”, a situation that exasperated the Dodecanesians. In fact, the British were prepared to cede the islands to Greece in the midterm. However, they delayed their delivery in an attempt to weigh their choices in light of changing international circumstances, which now imposed their alignment with the interests of two new superpowers: the USA and the USSR. They were therefore reluctant to share the impatience of the people of the Dodecanese who, according to a Foreign Office member, “longed for the Union so much, that they had become obsessed”.

In this context, two events provided considerable impetus to the consolidation of Greece's lead in the race for the annexation of the Dodecanese: the official visit to Rhodes of Archbishop Damaskinos, exercising the competences of regent, on board the “Averof” battlecruiser on 15 May 1945 -a visit which was greeted with enthusiasm both in mainland Greece and in the Dodecanese- and the proclamation of municipal elections, thereby electing the first Greek authorities on the islands. 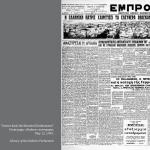 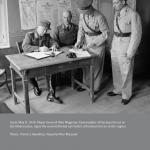 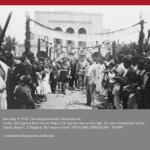 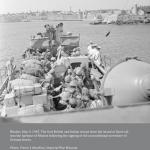 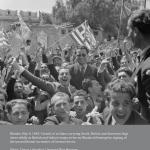 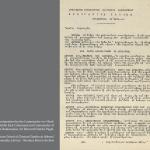 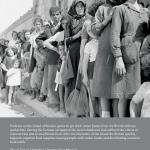 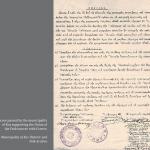 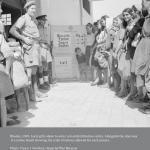 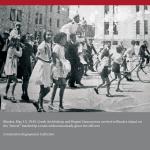 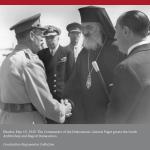 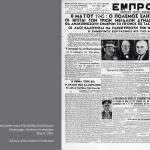 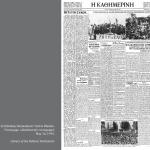 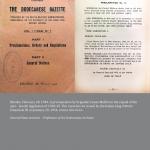 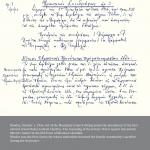 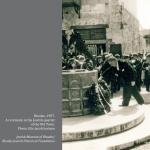