The history of women’s demands is long. In the mid-19th century, demands for a better position of women through education start being voiced. The interventions of women in the public sphere are mainly expressed -at first sporadically and then systematically- through publications and articles in the first women’s journals (Kypseli, Thaleia, Eurydice). Founded in 1887 by Callirhoe Parren, the The Ladies’ Journal” (Efimeris ton Kirion) reflects a rather moderate version of female emancipation and discusses legislative reforms on education, employment and the position of women in the family. Contributions to this cause are also made by significant women’s associations (Union of Greek Women, Lyceum Club of Greek Women etc). In the context of this initial movement, women see themselves as equal to but different than men and start exploring the sectors where they could -and should- develop their particular virtues. Motherhood is defined as a social and national mission of the female gender and, for the first time, women come together to form a collective subject and to demand their emancipation.

In its various forms, the women’s movement gains significant ground in the Interwar Period. The National Council of Greek Women is revived in 1919 as the Greek section of the International Council of Women, and the League for Woman's Rights is founded in 1920 in collaboration with the International Woman Suffrage Alliance. Various women’s associations are being established during that period and many women join the Communist Party of Greece (KKE), as well as socialist and other left-wing groups of the time. Within that broader historical context, feminist struggles acquire a new content and try out new paths of action. Their main demand is primarily expressed through the League for Woman’s Rights and relates to obtaining political rights as a precondition and an essential factor of legislative equality among women and men. Women now demand a radical transformation of the institutional framework on employment, education, family and motherhood, as well as on prostitution.

The main objective of the interwar feminism was not achieved. A decree adopted in 1930 allowed women to vote in municipal elections, albeit with significant restrictions in terms of age and educational level. Towards the end of this period, women’s organisations were largely overshadowed by women’s anti-fascist groups. The most important ones were banned by the Metaxas Dictatorship.

During the occupation of Greece by the Axis Powers, women had a significant presence in resistance groups, which were mainly part of the National Liberation Front (EAM). In 1944, women voted for the first time in the elections organised by the Political Committee of National Liberation (PEEA).

After the Liberation, the main women’s associations restarted their operation and new ones were created following the tradition of EAM: the Panhellenic Union of Women and the Panhellenic Federation of Women. Peace and the protection of mothers and children became the main demands of the women’s movement. On the eve of the civil war (1946-1949), all left-wing women’s groups were declared illegal and any organisations that remained standing were grouped under the so-called Collaborating Women’s Associations. During the civil war, women were present in both fronts, albeit under different circumstances. Their presence in the Democratic Army put the gendered standards of the time into test and demonstrated their persistence.

In 1952, when the movement was at its lowest ebb, full political rights were granted to women. At the same time, the signing of the International Covenant of the United Nations by Greece, allowed women to occupy public positions which were only reserved for men until then.

In 1953, Eleni Skoura, representing the party Greek Rally, was elected MP during by-elections held in Thessaloniki. In 1956, women participated for the first time in parliamentary elections. Lina Tsaldari from the National Radical Union and Vasso Thanasekou from the United Democratic Left were elected. Subsequently Tsaldari was appointed Welfare Minister.

Throughout the 1960s women gradually increased their presence in political parties, professional associations and trade unions, and two left-wing women’s organisations were added to traditional women’s associations, namely the Coordinating Committee of Working Women founded in 1963 and the Women’s Panhellenic Association founded in 1964.

The 1967-1974 dictatorship put a violent end to the activities of women (among others). Women actively participated in resistance groups and, towards the end of this period, played a significant part in the student movement against the dictatorship. Many basic gender equality issues remained unresolved until the restoration of democracy (Metapolitefsi). 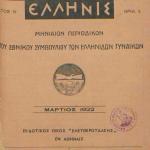 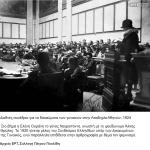 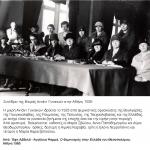 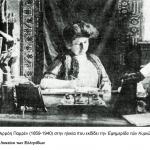 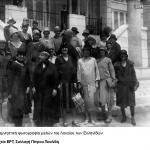 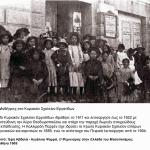 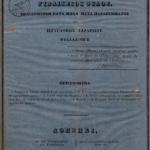 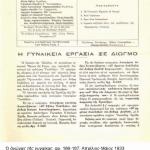 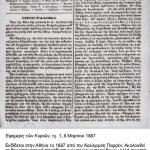 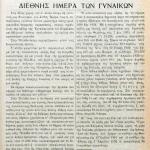 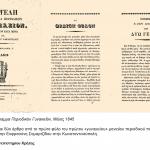 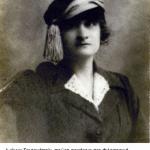 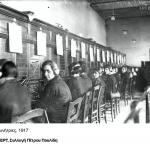 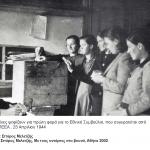 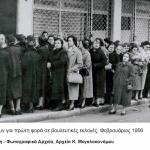 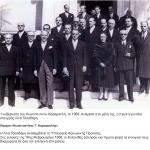 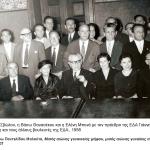 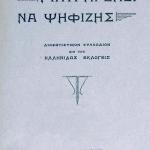 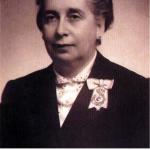 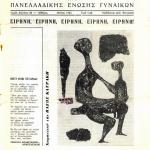 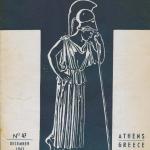 Feminism in the years of the Metapolitefsi, 1974-1990:ideas, collectives, demands