Since July 1946, following the diplomatic shift on the Dodecanese issue in favour of the Greek side, Greece managed to obtain the approval of the British Foreign Secretary regarding a “discrete” delegation of Greek State officials to the islands, who would participate in the British administration and obtain information on the needs of the territory, thus preparing the ground for the Union. Therefore, when the big moment arrived, following the signature of the Peace Treaty, the Greek authorities were prepared to face this hard task.

Until the Treaty was formally ratified, Greece would only have military command and not sovereignty over the islands. On 31 March 1947 administration transfer and acceptance ceremonies were held on all islands. The representatives of the new Administration landed on the islands amid enthusiastic celebrations, the British flags were taken down and were replaced by Greek flags. Vice Admiral Perikles Ioannidis was appointed Military Commander of the Dodecanese and immediately assumed his duties at the headquarters of Rhodes. But he was not alone. He was assisted by a competent team of civilian and military staff, headed by the Counsellor of State, and later on interim President of the Hellenic Republic for the period 1974-1975, Michail Stasinopoulos.

The Military Commander toured the islands both in a symbolic effort to establish the presence of the new administration and in an attempt to be informed of the current, very serious problems faced by each area. The most urgent issues were relieving the people affected by the war and repairing damaged infrastructure. At the same time, the administration had to address the pressing issue of landless farmers, through the fair distribution of unoccupied land with the assistance of the Agricultural Bank of Greece. Schools and health centres had to be built and repaired, historical monuments and archives had to be protected. 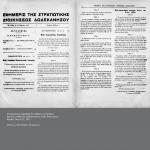 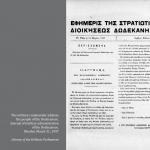 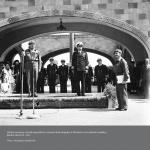 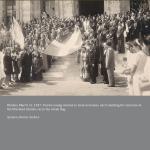 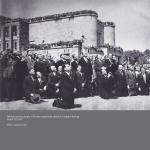 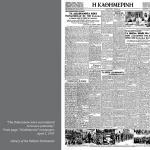 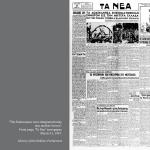 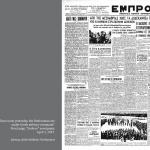 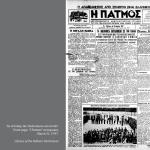 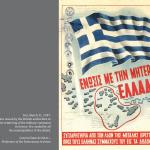 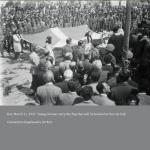 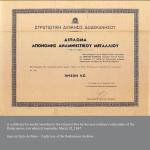 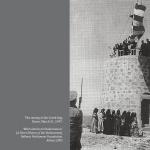 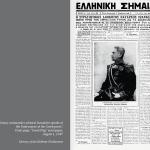 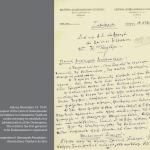 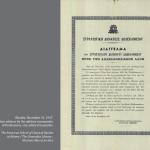